Solo crossing of Cook Strait. Goal is to do the fastest one way crossing from North to South Island and challenge to return completing first double crossing.

‘The Cook Strait is an infamous stretch of water, and not to be underestimated. Not only is it a narrow channel, but the positioning of New Zealand’s North and South Islands in the Pacific Ocean happens to be such that tidal streams, tidal flow, swells and wind are unbelievably treacherous.’ 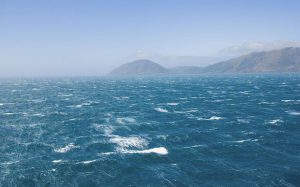 Supporting surviving families of depression & suicide, particularly children. Bringing them an unconventional environment to find joy and conversation of their lost loved one

Soaring the length of New Zealand

Gliding World Record Breaker and Holder – Terry Delore will be attempting to soar the length of New Zealand from Bluff to the Northern most point Cape Rienga. Flying with Daughter Abbey as Co-Pilot they, will attempt the epic flight that will be a first of the sport. Launch date weather dependent Nov/Dev 2019

Big thanks to supporters!

“Abbey Delore is a kiwi on a mission. The New Zealand native is going to attempt to row the length of Lake Powell, starting at Halls Crossing and ending at Antelope Marina. Delore is embarking on this gruelling task to raise awareness for her friend, and Page resident, Katie Smith who has been battling IBD, Ulcerated Colitis, and Crohn’s Disease.

Delore, in conjunction with Girls With Guts, a women’s non-profit organization, will attempt the 100 mile ENDURE row the second weekend in May 2016.”

The ENDURE Row was a great challenge in an amazing majestic location – Glen Canyon Arizona / Utah. Raising awareness of IBD & Crohn’s Disease alongside Girls With Guts the biggest IBD organisation in USA for women. Having cared for Katie Smith for seven surgeries over 6months I was invested in her ENDURE journey back to full health. As a team we raised NZ$15k towards Katie’s health recovery and had a blast sharing the adventure of rowing, friendship, physical and mental determination. 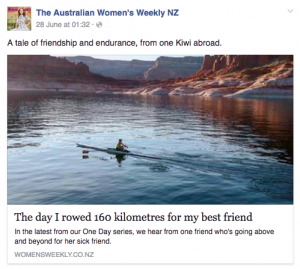